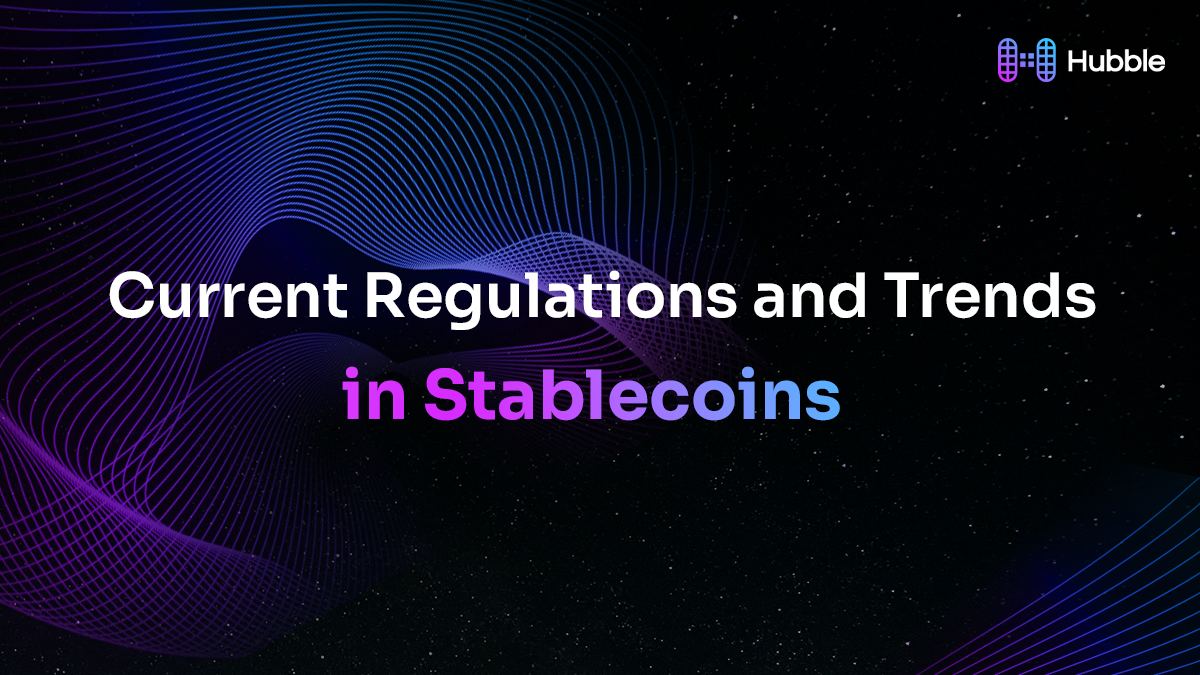 Current Regulations and Trends in Stablecoins.

Hubble Protocol pays a lot of attention to stablecoins. They ping our radar more than anything else, and the stablecoin gossip mill is always grinding away.

The discourse around stablecoin regulations and the current trends among these dollar-pegged crypto tokens are constantly in flux.

In this article, we'll share some of the most pertinent words of mouth on stablecoins that's drifted our way through the media grapevine–and by media, we're counting the normie news, the crypto press, and Crypto Twitter.

Regulation and Legislation at Stop-Start Pace

Stablecoins have repeatedly stolen the regulatory spotlight from the rest of the crypto community over the last year. Where this attention will lead, it's hard to tell.

In the United States, recommendations from the President's Working Group on Financial Markets' Report on Stablecoins were published in November 2021. Since then, Congress has been consistently mulling over a stablecoin bill.

The collapse of Terra USD (UST) reportedly renewed some lawmakers' attempts to pass stablecoin legislation in earnest. By late July, a bi-partisan bill to regulate stablecoins and their issuance made it nearly to a House vote until, according to the press, Treasury Secretary Janet Yellen voiced concerns over how institutions custody digital assets.

Any work on the stablecoin bill will be put on hold for all of August until Congress's summer recess ends. The House reconvenes in September, and it's unclear if a draft of the bill will be made public before then.

Will the European Union See Strict Regulations Come to Life in 18 Months?

At the beginning of July, the European Union passed sweeping legislation to regulate the crypto industry by 2024, Markets in Crypto Assets (MiCA). Stablecoins are specifically dealt with in this bill, but nothing has yet been set in stone, and the proposals will be worked on over the next 18 months.

According to the new rules, as they pertain to stablecoins, a stablecoin issuer must have a legal presence within the European Union and proof of liquid reserves backing their tokens.

Additionally, stablecoin issuers will fall under the jurisdiction of the European Banking Authority, which will oversee their operations. Under the provisions set forth by MiCA, All crypto companies will be held liable for losing their users' funds.

MiCA has a long way to go before it becomes law. Still, it has already been argued that the bill contradicts rights guaranteed by the EU bloc and overlaps with existing AML and consumer protection laws.

The bill would extend the powers of the "travel rule" to treat crypto transactions like wire transfers, which would compel protocols to collect and report details about their users.

It's not certain whether the Court of Justice of the European Union (CJEU) will agree that MiCA complies with Europe's stringent anti-surveillance guarantees and could strike down the bill.

The United Kingdom began exploring stablecoins far before the November 2021 United States Report on Stablecoins. As far back as January of the same year, a report entitled UK Regulatory Approach to Cryptoassets and Stablecoins: Consultation and Call for Evidence (updated July 5th, 2022) began delving into stablecoin matters.

The report begins with the statement, "The UK has long been recognized as a world leader in financial technology. We are committed to maintaining this position." Much of the rhetoric surrounding stablecoins from the Rishi Sunak-led Treasury looked favorably toward advancing the regulatory framework for alternative payment solutions.

In April of this year, Sunak was quoted as saying, "We want to see the [cryptocurrency] businesses of tomorrow - and the jobs they create - here in the UK, and by regulating effectively, we can give them the confidence they need to think and invest long-term."

In May, when Sunak was still head of the Treasury, it was announced that stablecoins would be "legalised" and regulated. However, come July, Sunak no longer sat atop Her Majesty's Treasury, and the Financial Services and Markets Bill passed on July 20th with zero provisions for regulating stablecoins but plenty of guidance for delegating the future regulations of Digital Settlement Assets (DSAs).

Most of the bill seeks to reject hundreds of EU regulations on claims of aligning new regulations more closely with the welfare of the British people. It seems to be more of a framework for introducing new laws in the future than making them now, and a quick ctrl+f reveals no mentions of legalizing stablecoins.

A small section on DSAs lays out how stablecoin legislation might be handled in the future, with this excerpt:

While the run-up to this legislation looked promising for months, it seems there will be a bit of time until stablecoins are "legalised" and regulated in the UK.

While most governments seem to be caught in a perpetual state of zugzwang–a "damned if you do, damned if you don't" situation where no choice can be the right one, but a choice must still be made–the private sector is in no hurry to slow down stablecoin development.

Soon, a few more protocols in DeFi's current Top 10 in TVL rankings will issue their own stablecoin. Right now, there's only MakerDAO and its DAI stablecoin, but Aave and Curve have both publicly stated their intentions to enter the stablecoin game.

Aave passed a governance proposal to create its stablecoin, with 99.9% of the votes approving the proposal. Curve has not held a governance vote, but Michael Egorov, the founder of the project, recently let slip in an interview that a Curve stablecoin is in the works.

Both projects' stablecoins will be overcollateralized. One CoinDesk reporter notes that the situation is "not yet a trend," but it's reminiscent of DeFi Summer 2020, when nearly every protocol, including Curve, began minting governance tokens.

MakerDAO is undoubtedly the current leader in the overcollateralized stablecoin space. Their spot in the Curve 3Pool has ensured users could usually swap DAI with minimal slippage, but recent events have shifted tons of DAI to Uniswap v3.

A bit of DeFi drama unfolded between two DAOs when Maker lowered its Peg Stability Module (PSM) fees to 0 bps and began drawing swaps for USDC and DAI away from Curve. This deprived the AMM's LPs of fees that would have otherwise been collected if liquidity aggregators weren't routing swaps through the PSM.

Then, the Curve community decided to limit its exposure to DAI and passed a vote to create a 2Pool that only held USDC/USDC. Terra then stepped in and proclaimed that it would put an end to the 3Pool (and to DAI) with the launch of a 4Pool comprised of UST/FRAX/USDC/USDT.

Just days before the 4Pool was set to go fully live with gauge rewards, UST lost its peg, and 3Pool maintained its hegemony on Curve as the choice pairing for other tokens looking to deepen liquidity.

In the meantime, Maker's PSM had accrued so much USDC that DAI was essentially backed by more than 50% in the fiat-backed stablecoin. Also, in the meantime, DAI's liquidity on Uniswap v3 was growing thanks partly to G-UNI (now Arrakis Finance), a protocol that automates concentrated liquidity market maker (CLMM) positions.

The DAI/USDC pair is now the largest pairing on Uniswap v3.

It also seems like Uniswap v3's CLMM is facilitating DAI swaps with incredibly low slippage. For example, if you try and swap the entirety of the DAI liquidity on Curve using Uni v3, you run into 0.0172% slippage. That means you'd only lose around $50,000 on a $355M swap!

Additional Watching/Reading: Video and notes from Maker's Governance and Risk #186 meeting, which was held almost a month before the UST collapse, surfaces a lot of considerations about Curve, the PSM, and growth on Uniswap v3 (G-UNI).

UST's de-pegging event may have been a wake-up call for stablecoin issuers tending the stability of their tokens in a bear market. When the bulls are out, market caps are high, and incentives abound, but when the market hibernates, who wants a stablecoin that can't somewhat guarantee it will scrape its way quickly back to $1.00?

Not every protocol can achieve the deep liquidity DAI has found with optimized positions on Uniswap v3. So instead, Magical Internet Money (MIM) has added the ability to adjust interest rates, so it can better incentivize users to restore MIM's peg.

When the peg falls below $1.00, rates on MIM loans can now be raised, provoking users to repay their loans to avoid higher fees and removing MIM from the market. More scarcity equals a higher price, which helps lift the peg back to parity with USD.

Another method of maintaining a peg is implementing a PSM. This allows users to arbitrage a stablecoin risk-free when it is above or below its peg, but it requires assets in reserve to work both ways.

Tron's USDD, an algorithmic stablecoin that filled the vacuum left by the departure of UST, has recently launched its PSM.

USDD is designed very similarly to UST. When USDD fell below a dollar earlier this year, Justin Sun managed to salvage USDD's peg with money, which UST failed to do at scale.

It's yet to be determined if a PSM can rescue algorithmic stablecoins from a death spiral, but we may soon find out.

Stablecoins currently account for $150 billion of the total crypto market cap. Their importance in the crypto ecosystem has been recognized by an influx of dashboards tracking their performance in recent months.

If you'd like to take a deep dive into the statistics behind stablecoins, here are a few resources that will help: 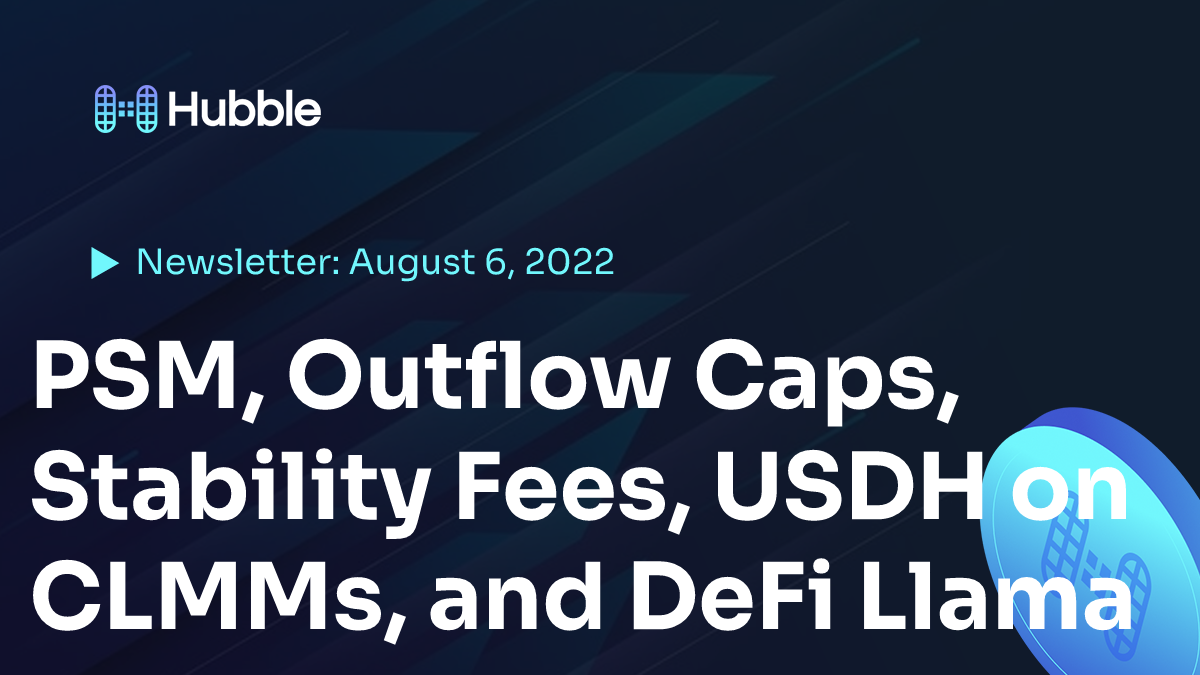 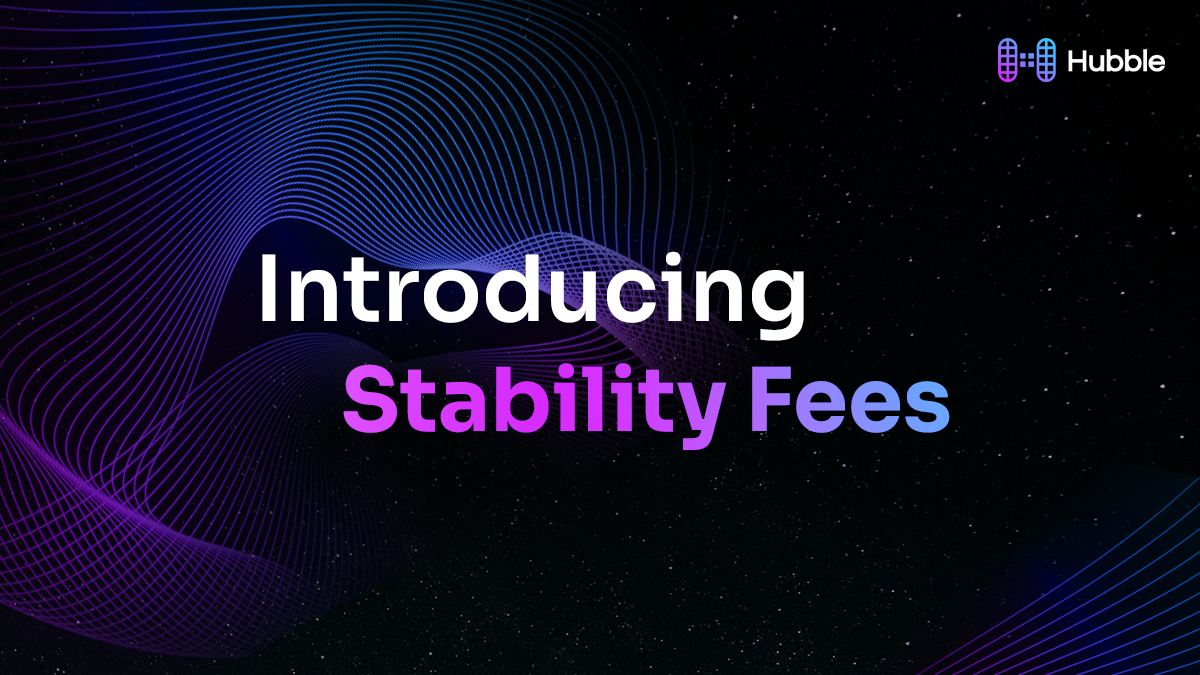 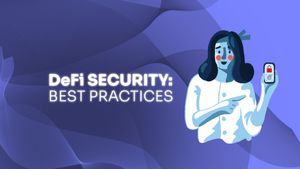 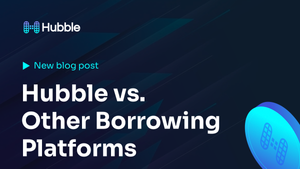 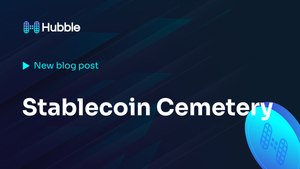 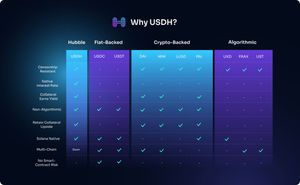