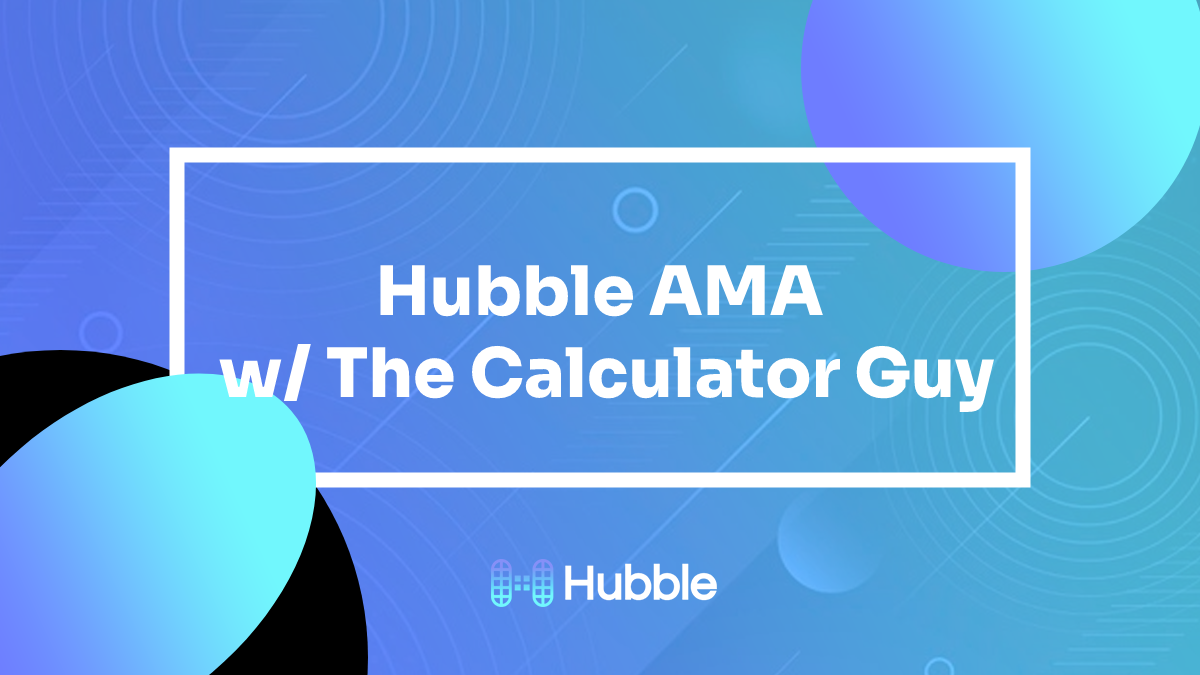 Hubble AMA with The Calculator Guy community was held on November 24, 2021.

On November 24, 2021, Hubble answered questions in an AMA with The Calcs. It was an impromptu affair set up by Stephen (@phtevenstrong), The Calculator Guy, and Brandon, The Hubble Content Guy (who is writing in the third person).

The Hubble Content Guy had to sit in for Marius during this AMA, as Marius' schedule was chock full of meetings and interviews with potential new team members.

This AMA was the first for Hubble, and it was the second Q&A session ever hosted by The Calcs, who have a healthy and active community of decentralized finance (DeFi) enthusiasts on their Discord.

Follow this link to open Discord and navigate to where the AMA begins.

About The Calculator Guy

There are some Youtube videos about DeFi that have really garish graphics in their video preview with arrows pointing every which way and a lot of contrasting colors that hurt your eyes. The content in a lot of these videos is just a guy sitting with headphones on speculating about the crypto he holds.

These are not the kinds of videos you get from The Calculator Guy. Most of the screen space in his videos is taken up by decentralized apps (dApps) and protocol UI, and Steven does a great job of showing his users how to get from Point A to Point B with each of these protocols.

The Calculator Guy creates content that’s useful for both hardcore degens and newbies to DeFi. If you send a Calculator Guy How-To video to a friend, and that friend still pesters you with questions, then you know they didn’t watch the video!

The Calculator Guy’s DeFi calculators are also legendary stuff (guessing that’s where he got the name!). Links to these calculators get passed around on a lot of different DeFi chats, and they’re great for helping new users discover the magic of compound interest.

The AMA began with an introduction from The Calculator Guy, and then the Discord server, which was set up specifically for the AMA, segued into a stream of consciousness wordflow about Hubble’s first phase and plans for the future.

The mods asked a ton of great questions. They accidentally left the chat space “read-only” and then realized no one from the community had a chance to participate! When the AMA opened up to the community, the questions started rolling in from a group that stuck around for nearly an hour, which was amazing to see.

Thanks Again to The Calculator Guy and The Calcs

Cheers to everyone who participated in the AMA! Hubble is getting ready to take off, and it was a pleasure holding our first AMA with The Calc community as the team works tirelessly towards launch.

There aren’t many DeFi communities that have links to charitable organizations in their Discord server along with lots of channels full of great alpha. What a great place to start off what will probably be dozens of AMAs over the next few months.

Hubble is really looking forward to the day we get some airtime with The Calculator Guy. The pressure is on to deliver the best DeFi protocol possible, and hopefully, the day will come when people will be sharing Calculator Guy videos about Hubble with their DeFi newbie friends! 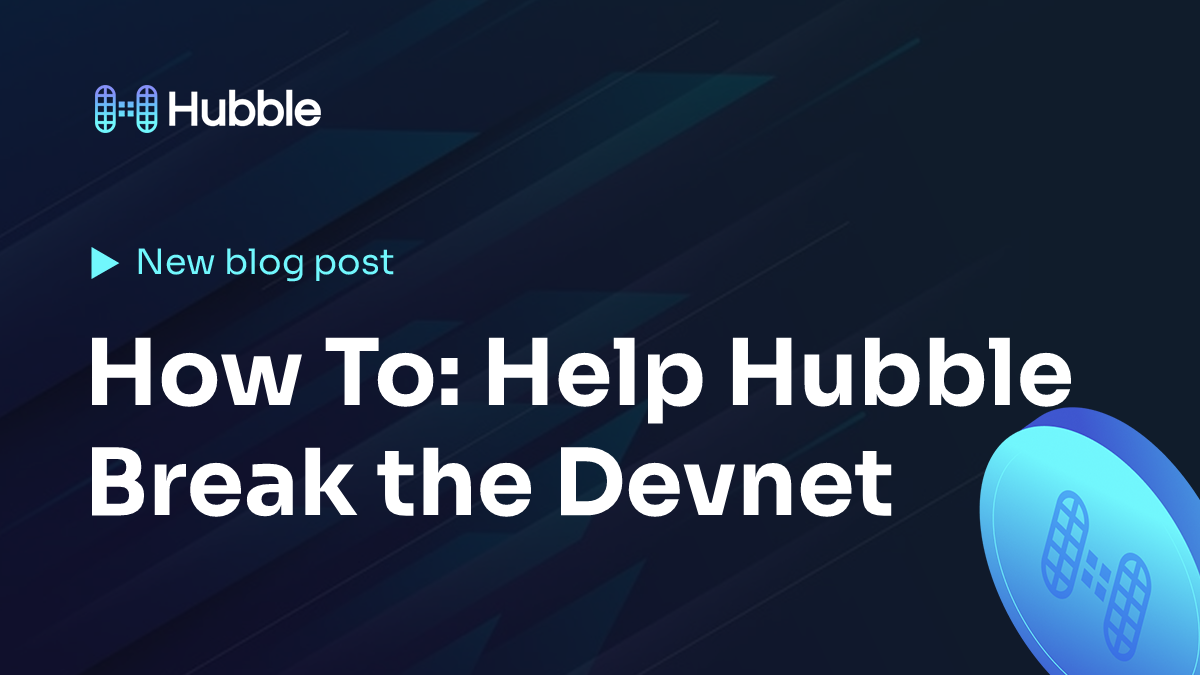 How To: Help Hubble Break the Devnet and Earn HBB Bug Bounty 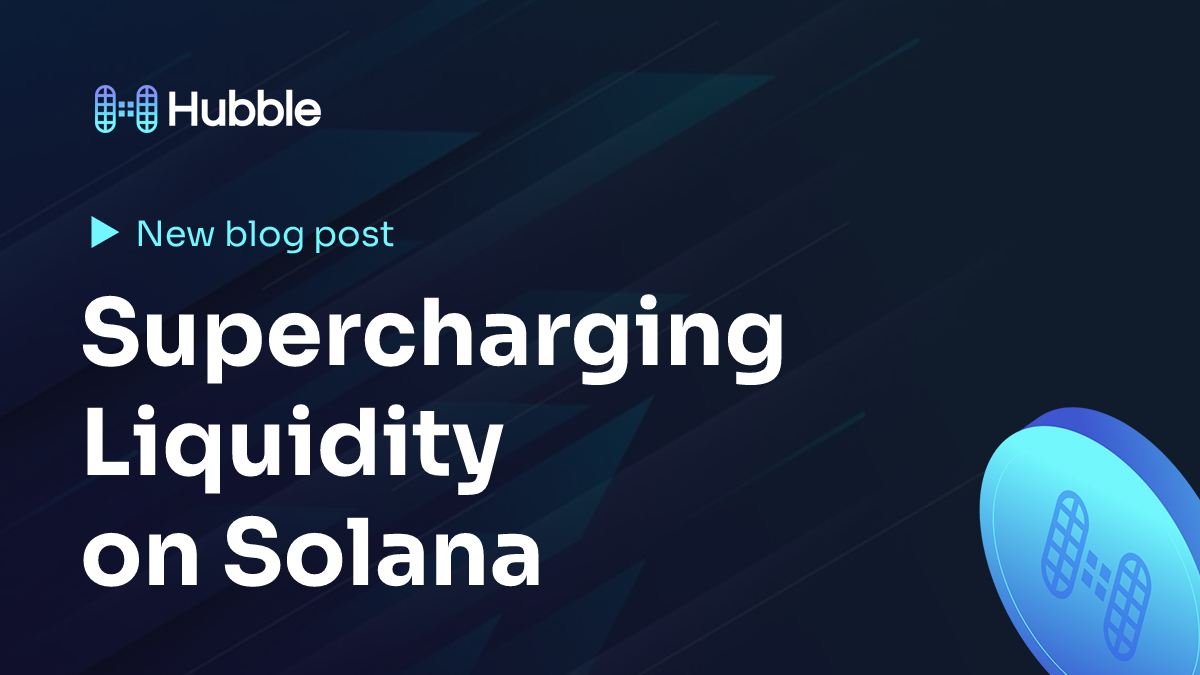 How Hubble Protocol is Supercharging Liquidity on Solana