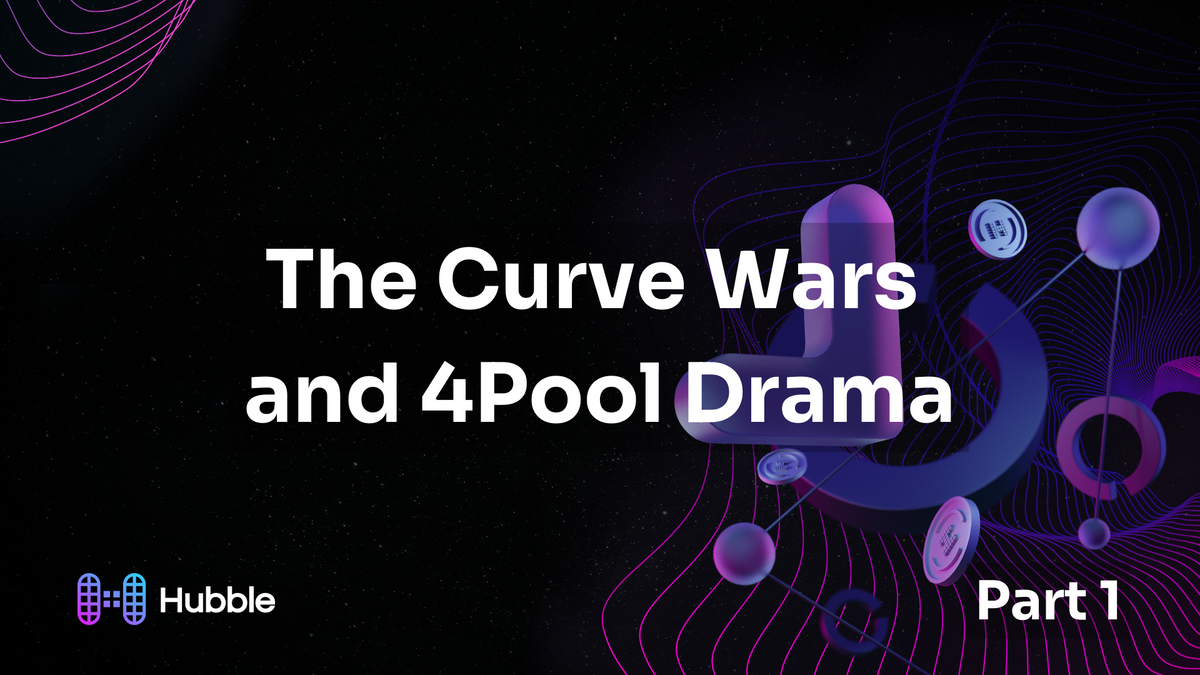 Decentralized finance (DeFi) is full of fascinating stories. The one told here is a retrospective on the 4Pool, based on news that Frax's Basepool on Curve flippened the 3Pool's liquidity in early September.

Like a soap opera, the story seems never-ending, as the 3Pool recently re-flippened Frax's Basepool thanks to a $116 million deposit from the Wintermute hacker, who is now the 3rd largest holder of 3CRV. Certain elements of this story also have some soap-operatic themes:

Now that DeFi has firmly wandered into the woods of a bear market, hunting for the next big narrative, maybe it's a good time for a DeFi Days of Our Lives. So, let's gather around the dumpster fire that is our portfolios and look back at one of the DeFi community's strangest episodes: the story of Curve's 4Pool drama.

In a past article on 3Pool, we identified its role as one of the most significant pools on Curve. When the 4Pool was first announced, 3Pool held the deepest liquidity for three major stablecoins on the world's largest stable swapping automated market maker (AMM).

Let's quickly go over what the 3Pool is again. When the 3Pool is balanced, it should theoretically hold 1/3 of each stablecoin:

By pairing their liquidity with the 3Pool, other tokens can inherit the depth of 3Pool's deep reserves. As a result, pairing a token with 3Pool makes it easier to trade in and out of assets with a smaller market cap, and stablecoins can access deep liquidity to stabilize their peg through pairing with 3Pool.

💡
Deep liquidity = Lots of tokens in a liquidity pool. Without deep liquidity, large trades can negatively affect the price of a stablecoin, which can increase the chances of a de-pegging event.

When the 4Pool was announced, 3Pool was the most widely paired pool on Curve, and this attracted decent fees and CRV rewards to 3Pool's users. For this reason, 3Pool has often been referred to as "DeFi's savings account," and it held a solid place atop the Curve ecosystem.

The 4Pool Emerged as Direct Competition to 3Pool

The launch of the 4Pool aimed to replace 3Pool as the predominant stablecoin pool on Curve. The 4Pool would substitute DAI with two other stablecoins:

Coincidentally, each of these stablecoins had found some stability by pairing with 3Pool as they grew in circulation. Curve voted to add a UST meta-pool (UST paired with 3Pool) in December 2020 and then voted for the FRAX meta-pool in February 2021, but they decided it was time to take off the 3Pool training wheels.

In theory, the actors behind 4Pool had enough ammunition to execute the 3Pool takeover. Through a partnership between Terra, Frax, REDACTED Cartel et al., the protocols would vote to divert CRV rewards away from 3Pool and towards 4Pool using their massive combined position in CVX, the token that essentially controls the vote for Curve's CRV emissions.

The logic was that users would withdraw their liquidity from 3Pool and deposit it into the 4Pool to secure the new stream of rewards. Projects would follow by pairing their tokens with the 4Pool for the same reasons they paired with the 3Pool: it would be the best for rewards and the most liquid choice available.

At one point, the 4Pool was launched on multiple chains, and the rewards gauge that would supply CRV to the 4Pool on Ethereum was approved on May 5, 2022. Once those rewards gauges went live, it looked like the end of the 3Pool's dominance on Curve.

Then, just days later, one of 4Pool's algorithmic stablecoins, UST, took a nosedive, and 4Pool was abandoned.

Why All the Hate on DAI?

The 4Pool was a bid to increase the liquidity of UST and FRAX on Curve at the expense of DAI. It was a move that would reduce the liquidity of DAI on one of DeFi's most important exchanges, and Terra's Do Kwon highlighted the gravity of this situation with a bit of tweeting dramatics.

A week before the 4Pool was publicly announced on Terra's forum, Do Kwon exclaimed, in what was described as a "bizarrely misguided tweet":

With this tweet and the announcement of the 4Pool, the Curve Wars had gone from cold to hot. Do Kwon wasn't the first stablecoin project founder who said, "Bye Bye" to DAI:

Daniele Sestagalli, the head of Abracadabra and its crypto-backed stablecoin, Magical Internet Money (MIM), had been running a campaign to overtake the market cap of MakerDAO and DAI throughout the last quarter of 2021. The Sesta-branded Frog Nation, or the followers of Sesta's brand of DeFi, began trolling MakerDAO and any mention of DAI on Twitter.

This led to a response from Rune Christensen, the founder of MakerDAO, in which he called UST and MIM "solid ponzis," most likely in reference to Degenbox, which enters this story at another point:

At the time, the Curve community wasn't the biggest fan of MakerDAO, either. MakerDAO had begun siphoning stablecoin swaps from Curve when it decided to set the Peg Stability Module (PSM) fees to 0%.

According to the MakerDAO forum, the protocol understood the repercussions of setting this fee to 0%, as can be seen in the "Cons" section of the signal request for lowering the PSM's fee:

The proposal passed with 55% approval and 28% abstaining.

Curve's revenue has, for most of its history, depended on high volumes of stablecoin swaps, and the PSM became the most capital-efficient stablecoin swap in DeFi when it set fees to 0%. As a result, MakerDAO ended up attracting billions in fiat-backed stablecoins due to the PSM's increased use, representing a lot of lost value for Curve.

Curve noticed. On April 2, a day after the 4Pool was announced, the  Curve community began discussing a 2Pool consisting of only USDC and USDT. The proposal also included adding the 4Pool, which would be accepted in the same governance vote.

The proposal specifically mentions the 0% PSM as a reason for creating a "welcomed option...to [sic] those who wish to not rely on DAI and MakerDAO":

What was MakerDAO's Response?

MakerDAO's approach to DeFi has so far been the most successful in terms of earnings. The DAO holds frequent meetings to discuss governance, risk, and what the protocol should do in the future, with a general bent towards maintaining sustainability and increasing profits.

Setting the PSM's fees to zero ended an income stream that had already generated around $4 million for MakerDAO. From the point of view that favors peg-stability over exposure to fiat-backed stablecoins, eliminating fees was a success.

When the PSM's fee structure began competing with Curve on stable swaps, MakerDAO also began feeding Uniswap V3 with 50x leveraged DAI-USDC through loops made possible by Arrakis Finance and the backing of liquidity in the PSM.

The effects on DAI's liquidity on Uniswap v3 have been enormous. At the time of writing, Arrakis is the largest liquidity provider on Uniswap V3, and DAI on Uniswap is the most liquid asset besides USDC.

DAI was building deep liquidity on Uniswap V3, and Curve's influence on DAI's stability grew less instrumental with each 50x loop. So, losing the positive effects of the 3Pool was not MakerDAO's biggest concern.

Sam: This is about the recent news of the 4Pool trying to replace the 3Pool on Curve. People that read Crypto Twitter are probably aware of this. This topic is about what we want our response to be—thinking about the ramifications of potentially losing the 3Pool and possible solutions.

The next speaker, Niklas Kunkel, explains how DAI had diversified and will be peg-stable no matter what happens on Curve. His conclusion is that:

Looking at all the information, I do not think we have to do anything. Terra is trying to hype this up into being something bigger than it is. It is suitable for them. But it does not matter to us that much.

The rest makes for very good reading. In the end, losing DAI liquidity on Curve wasn't the biggest problem for MakerDAO, but it was a public relations problem for DAI's users. Maybe something had to be done, but what? Compete?

Someone: This could be a simple message that the crypto media will pick up. Maker response to 4Pool with 5Pool. It is simple and dumb, but people get it.

Niklas Kunkel: Here is where I disagree. Now you compare 4Pool and 5Pool, and 5Pool will look like a joke compared to 4Pool. The narrative looks even worse because now we tried to compete, and by the numbers, we lost.

It was pointed out that there is some value in providing users with another option other than the 4Pool.

LongForWisdom: One of the problems with the current options is that they are all slightly not good for various reasons. 3Pool has Tether. 2Pool, if it comes in, will have Tether. 4Pool, if it comes in, it has Tether and Frax [sic], and UST. If we open the pool, it would have Dai against centralized stables that do all have some level of trust, like USDC, Pax, GUSD [sic], etc. Then that is an option for other people to pair against. That does not, in theory, require exposure to Tether or Frax and USD. That does not exist currently. I do not know if that is something people would value.

Niklas Kunkel: That is a fair point.

Eventually, a vote was held to decide which assets would enter a DAI-friendly Basepool that would compete with 4Pool:

About a week later, the 4Pool was scrapped as a pipe dream that fell by the wayside, and UST was clutching for life. MakerDAO's Basepool, comprised of a host of alternative fiat-backed stablecoins to USDC and USDT, never materialized. 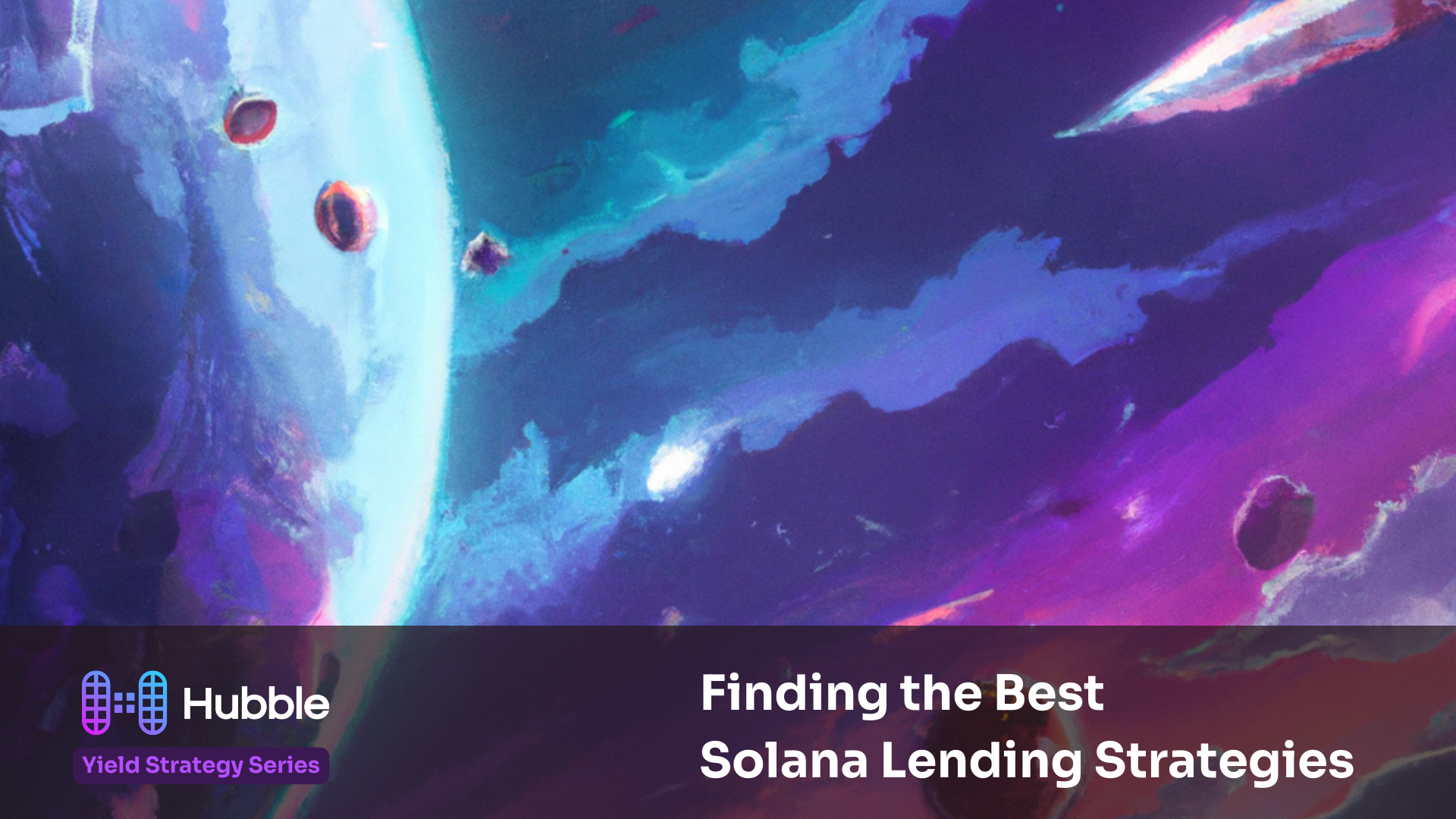 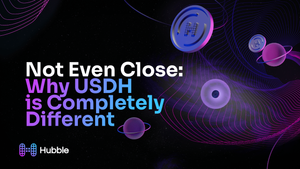 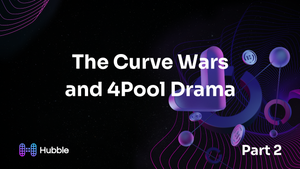 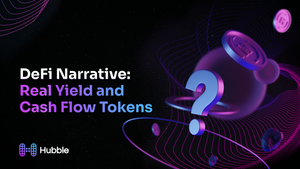 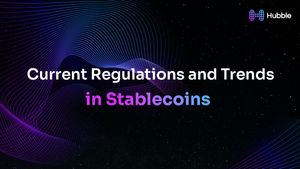